Our First Charity Christmas Single for The McCarney Foundation!

Leaders Must Abandon Blame Game and Fix the Labour Crisis

Leaders Must Abandon Blame Game and Fix the Labour Crisis

Written by Shan Saba - as featured in The Herald, Scotland.

The UK recruitment market is in crisis, depending on your point of view.

If you are a business looking to hire key staff, you are not alone. There are currently 1.17 million job vacancies across the UK, according to November's figures from the Office for National Statistics (ONS). With December a peak time for many businesses, this number is likely to continue rising to unprecedented levels.

Coupled with this we have seen the quickest fall of permanent candidates’ availability in seven years along with a dramatic drop in available temporary staff, according to a recent Royal Bank of Scotland Report on Jobs.

This is great news for current job seekers, with pay rates and starting salaries on the rise as organisations fight to compete for talent.

The well-publicised HGV driver shortage was where it all seemed to start, and the UK Government’s short-term visa scheme has had little to no impact on solving this problem. This has now spread to many other sectors across Scotland.

Just ask any hotelier or restaurateur how they are doing and I’m sure that, apart from Covid, the biggest issue that they are facing is recruitment. The current level of vacant jobs is having a substantial impact on the business community in Scotland and their ability to meet customer demand and increase capacity.

Brightwork is the largest recruitment agency in Scotland and a primary focus of our business is providing workers to the food and drink manufacturing sector. We have seen this dramatic drop in the availability of permanent and temporary candidates first-hand, which has been a direct consequence of Brexit, and further exacerbated by the pandemic. 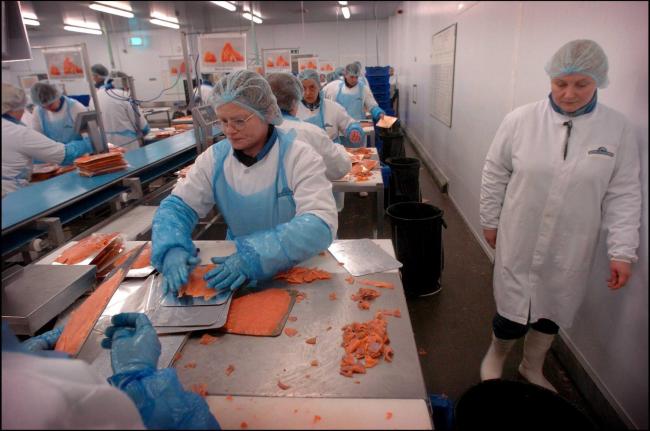 People have left Scotland and they will not return. Why would they? They have now re-settled elsewhere in Europe and have restarted their lives in a country where they are wanted.

The UK Government have repeatedly advised business leader of two points: pay more and automate. Some forward-thinking businesses have increased pay rates and improved working conditions to attract UK nationals into their workplaces.

However, automation will take a number years and huge amount of investment to implement, and there are many jobs that cannot be replaced by a machine.

The current elected leaders at Westminster believe in the Brexit ideology, and it will be incredibly hard for them to go back on their stance on the freedom of movement. In contrast, the Scottish Government at Holyrood has taken the opposite view and believes firmly that freedom of movement is essential for our economy to thrive.

I recently met with Employment Minister Richard Lochhead where we discussed the decline of Scottish manufacturing due to the labour shortages. This has led to the processing of products with “Scottish provenance” being moved to European plants in France, Spain and the Netherlands, accompanied by the sad fact that once it has gone, it won’t ever come back.

Whisky is being transported out of Scotland and bottled in France, and salmon is being processed in Spain before returning to the UK for sale. These are just two recent examples of what were once headline Scottish exports that have lost their “brand Scotland” tag.

I challenged the Minister on the lack of collaboration between the Scottish and UK governments to provide solutions, and he described a “brick wall of stubbornness” from counterparts in London. I questioned whether this "wall" has two sides – you don’t need to look much further than First Minister’s questions to realise that “blaming Boris” has become the norm at Holyrood.

Collaboration between our parliaments is key to providing solutions and tackling the labour market issues head on. Brexit, whether we like it or not, has happened and we must innovate and evolve to create a stable and productive Scottish economy with manufacturing at its core.

Failure to get around this impasse is not an option. If we don’t, it won’t just be empty supermarket shelves that we see, but empty factories as well.

An Overview of Brightwork Recruitment:

We work hand-in-hand with our clients as an integral business partner. Our candidates' work experience is equally important to us and we focus on helping them find the best jobs, working for the most reputable clients.

We resource, recruit and mobilise large-scale workforces to meet the ever-changing needs of our clients: matching peaks and troughs on a continual basis. Our key goal is to create flexibility, implement retention strategies, deliver efficiencies and drive performance.

Find out more at: https://www.brightwork.co.uk/

Our First Charity Christmas Single for The McCarney Foundation!